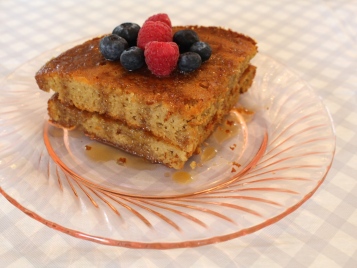 This recipe started out as a horse of a different color. I was working on a banana cream pie and made a vanilla pudding base that wouldn’t set right. I realized half way through that I used the wrong amount of gelatin.

But it tasted too amazing to just throw it out!  Instead, I added a blend of flours to the “vanilla pudding” that I have found to be a great base for cakes and muffins: almond flour, tapioca flour, and coconut flour (the trifecta). I love it when a unfortunate mistake turns into something delicious! Enjoy!

In a 2 quart sauce pan, heat the honey and coconut milk over medium heat while whisking.  In a separate bowl whisk the egg yolks.  Add into the sauce pan the vanilla and egg yolks while stirring.  Bring to a low boil and remove from the heat.  Slowly whisk in the gelatin. 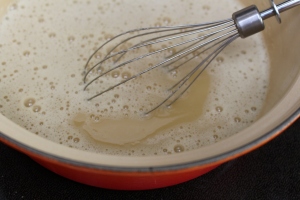 Once fully incorporated, pour the mixture into a bowl and let cool in the refrigerator for 2 hours to set, stirring occasionally.  It will become thicker but not firm.  .

Using 2 round 8 inch cake pans, grease with either coconut oil or shortening, and lightly sprinkle with about a tablespoon of almond flour. You also can cut 2 circles of parchment paper and line the bottom of the cake pans to help the cakes fall away from the pan easier. 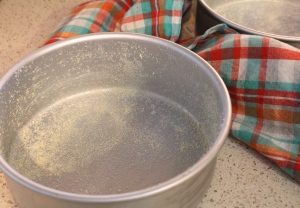 Bake the cakes for 35-40 minutes. Run a knife around the perimeter of the cake pans to loosen the sides. Tip upside down over a clean counter surface and give light taps on the bottom until the cakes fall away. 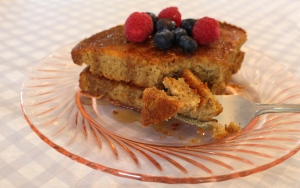 Drizzle with a lemon glaze (recipe here) and fresh berries. Simply to die for.